Review: Pretty Is by Maggie Mitchell 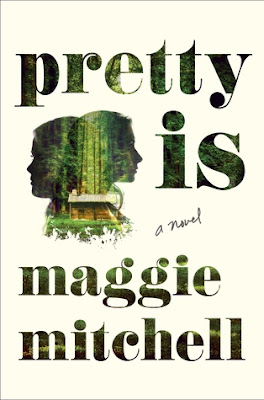 Pretty Is by Maggie Mitchell
Publisher: Orion
Release date: 2 July 2015
Rating: ****
Back cover blurb: Everyone thought we were dead. We were missing for nearly two months; we were twelve. What else could they think? Lois: It's always been hard to talk about what happened without sounding all melodramatic. . . . Actually, I haven't mentioned it for years, not to a goddamned person. Carly May: The summer precocious Lois and pretty Carly May were twelve years old, they were kidnapped, driven across the country, and held in a cabin in the woods for two months by a charismatic stranger. Nearly twenty years later, Lois has become a professor, teaching British literature at a small college in upstate New York, and Carly May is an actress in Los Angeles, drinking too much and struggling to revive her career. When a movie with a shockingly familiar plot draws the two women together once more, they must face the public exposure of their secret history and confront the dark longings and unspeakable truths that haunt them still.

Pretty Is – is a compelling and atmospheric novel.

Superbly written with complex characters, it is an emotional and gripping read that is sure to be one of the debut novels of this year.

Pretty Is is ultimately a novel about female friendships forged under the darkest of days and the most desperate of circumstances.

Lois and Carly May are kidnapped and held hostage by a mysterious man only known as "Zed". The two develop their unlikely friendship as they struggle to understand what is happening to them.

Pretty Is is an intriguing novel, with a mystery at its heart.

Zed was no ordinary kidnapper, for Lois and Carly May are still alive and physically unharmed.

Mentally they pose a different picture. Both have reinvented themselves, Lois as Lucy Ledger a successful university professor and novelist, and Carly as Chloe a successful actress still looking for the part that will 'make her'.

Neither realise that they are ultimately searching for the other, for some kind of closure. Each of them are just going through the motions of daily life, playing a part in a life that is not really theirs.

When Lucy's novel is adapted into a screenplay, Carly auditions for a part, subconsciously hoping that it will bring the two of them back together. But are either of them really prepared to face their past head on?

An excellent debut, Pretty Is is sure to get lots of people talking, and I for one can't wait to see what Maggie Mitchell comes up with next.

Pretty Is is available to buy now from Amazon online and all good book shops.