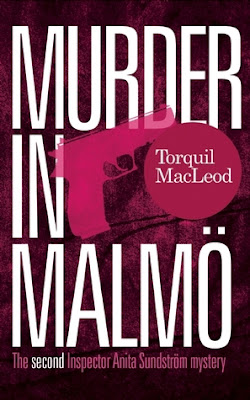 Back cover blurb: A gunman is loose in Malmö and he's targeting immigrants. The charismatic head of an advertising agency is found dead in his shower. Inspector Anita Sundström wants to be involved in the murder investigations, but she is being sidelined by her antagonistic boss. She is assigned to find a stolen painting by a once-fashionable artist, as well as being lumbered with a new trainee assistant. She also has to do to restore her professional reputation after a deadly mix-up in a previous high-profile case. Then another prominent Malmö businessman is found murdered and Sundström finds herself back in the action and facing new dangers in the second Anita Sundström Malmö mystery.

Murder in Malmo is the 2nd installment in Torquil MacLeod's Anita Sundström series.

As a standalone novel it works well, but I do think you get a better feel for Anita’s character if you have read ‘Meet me in Malmö’ as well.

Anita Sundström is more vulnerable and determined in this novel than the first. Her career has been damaged by her failure to recognise a double murderer, a man she fell for in ‘Meet me in Malmö’.
Anita is keen to prove that she can do her job without distraction but finding herself assigned to low key cases is making it more difficult for her to do this.

Asked to investigate the theft of some collectible artwork and an apparent suicide, Anita quickly realises that the cases may be linked and that it may be better work than she had initially anticipated.
Meanwhile a gunman is on the rampage in Malmö, their motive seems racial when finally caught and questioned after targeting Anita and her new colleague it transpires that even the shootings are connected to the other crimes in Malmö.

The ending of the novel is quite fast paced, and seems to end a little abruptly due to everything coming together so quickly (Meet me in Malmo has a similarly paced ending so I think it’s just how MacLeod writes), but it only makes you want to read the next series in the novel right now!

I am looking forward to the 3rd Anita Sundström novel and can’t wait to see what MacLeod has in store for her and her colleagues next.
Murder in Malmo is released by McNidder & Grace Crime on 13 August 2015.
You can pre-order it now from Amazon online. 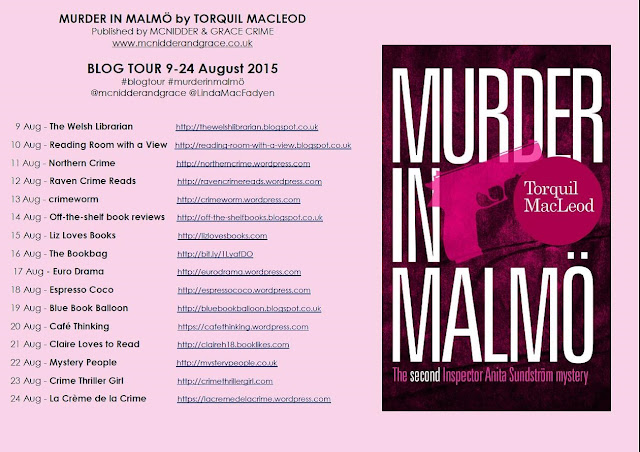 Don't forget to check out the rest of the stops on the blog tour!