Review: The Ex by Alafair Burke 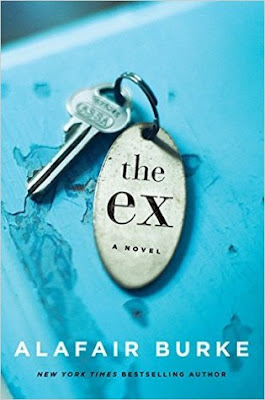 The Ex by Alafair Burke
Publisher: Faber & Faber
Release date: 4 February 2016
Rating: **** and a half
Back cover blurb: Olivia Randall is one of New York City’s best criminal defense lawyers. When she hears that her former fiancé, Jack Harris, has been arrested for a triple homicide—and that one of the victims was connected to his wife’s murder three years earlier—there is no doubt in her mind as to his innocence. The only question is, who would go to such great lengths to frame him—and why? For Olivia, representing Jack is a way to make up for past regrets and absolve herself of guilt from a tragic decision, a secret she has held for twenty years. But as the evidence against him mounts, she is forced to confront her doubts. The man she knew could not have done this. But what if she never really knew him?


The Ex is a legal thriller and the first of Alafair Burke's novels that I have read - it won't be the last.

Jack Harris is a lonely widower with a teenage daughter. He has immersed himself in his work as an author, and he has tried desperately to move on with his life after the loss of his wife in a fatal shooting years earlier.

Largely, he has succeeded, but he has yet to find love again.

When his eye is caught by a lonely stranger on a morning jog, Jack's best friend Charlotte is eager to help Jack find the elusive woman. But on the morning he sets out to meet her, he instead find himself at the Police station under investigation after three people are shot dead in a New York park.

At first glance the motive is strong, one of the victims was involved in the shooting that killed Jack's wife Molly. Jack's daughter calls upon a local lawyer to help her Dad out, certain that he should not be the one in trouble.

Olivia Randall is the high profile successful criminal defense lawyer, bought in to assist Jack, who just happens to be an ex-girlfriend who broke his heart.

Both Olivia and Jack have changed since they were together, but Olivia knows Jack inside out...  knows that he is not capable of one murder, let alone three, and is determined to help clear his name.

As the investigation into the shootings continues Olivia is forced to ask herself if she really knows Jack at all.

And if she doesn't, then what exactly is she getting herself in to...

The Ex is available now from Amazon online and Faber and Faber.

Thank you to the publishers who provided me with an advance copy of this novel in exchange for an honest review.