Review: The Girl in the Ice by Robert Bryndza 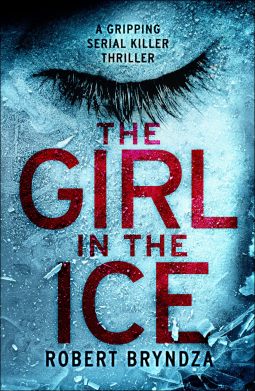 The Girl in the Ice
Publisher: Bookouture
Release date: 12 February 2016
Rating: ****
Back cover blurb: Her eyes are wide open. Her lips parted as if to speak. Her dead body frozen in the ice… She is not the only one. When a young boy discovers the body of a woman beneath a thick sheet of ice in a South London park, Detective Erika Foster is called in to lead the murder investigation. The victim, a beautiful young socialite, appeared to have the perfect life. Yet when Erika begins to dig deeper, she starts to connect the dots between the murder and the killings of three prostitutes, all found strangled, hands bound and dumped in water around London. What dark secrets is the girl in the ice hiding? As Erika inches closer to uncovering the truth, the killer is closing in on Erika. The last investigation Erika led went badly wrong… resulting in the death of her husband. With her career hanging by a thread, Erika must now battle her own personal demons as well as a killer more deadly than any she’s faced before. But will she get to him before he strikes again?

Robert Bryndza is probably better known as a romantic fiction author, but I'll be totally honest, I had never heard of him before his latest gem of a novel popped up on netgalley.

When the body of Andrea Douglas-Brown is found in a less than desirable part of London the Police have their work cut out for them.

Not only is Andrea the daughter of Lord Simon Douglas-Brown, but she also has an influential and wealthy fiancée in the form of Giles Osborne who runs a very successful events company. The investigation into Andrea’s murder therefore must be dealt with quickly and carefully.

No one likes a scandal - particularly not those rich enough to try and influence the police...

DCI Foster is bought into from Manchester to assist the Met in their search for the murderer. Her first assignment after the death of her husband and colleague Mark Foster at a (unsolved) shooting in Rochdale.

Despite her own recent loss, Foster is determined to get to the bottom of the Douglas-Brown case. But there are those that are less keen on Foster's digging, and soon the investigation gets very political and very messy.

As she begins to see connections to other murders and feels like she is getting somewhere, she is dramatically dropped from the case leaving her colleagues to find the murderer under a less popular colleague.

Can they close the case before the killer strikes again? Or will Erika be haunted by yet another unsolved crime.

I really hope to see DCI Foster in a future novel as I would love to find out more about her, her husband Mark and some of her colleagues. The Girl in the Ice is a thoroughly enjoyable novel and I hope to read more in this genre from this author.

The Girl in the Ice is available from 12 February 2016.
You can pre-order it now via Amazon online and Bookouture.