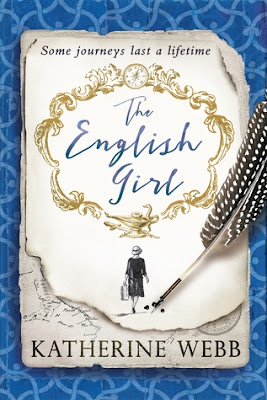 Secrets, feuds, passion and turmoil in 1950s Arabia. The new novel from Sunday Times Top Ten bestselling author, Katherine Webb. Joan Seabrook, a fledgling archaeologist, has fulfilled a lifelong dream to visit Arabia by travelling from England to the ancient city of Muscat with her fiancé, Rory. Desperate to escape the pain of a personal tragedy, she longs to explore the desert fort of Jabrin, and unearth the treasures it is said to conceal. But Oman is a land lost in time - hard, secretive, and in the midst of a violent upheaval - and gaining permission to explore Jabrin could prove impossible. Joan's disappointment is only alleviated by the thrill of meeting her childhood heroine, pioneering explorer Maude Vickery, and hearing first-hand the stories that captured her imagination and fuelled her ambition as a child. Joan's encounter with the extraordinary and reclusive Maude will change everything. Both women have things that they want, and secrets they must keep. As their friendship grows, Joan is seduced by Maude's stories, and the thrill of the adventure they hold, and only too late does she begin to question her actions - actions that will spark a wild, and potentially disastrous, chain of events. Will the girl that left England for this beautiful but dangerous land ever find her way back?

Today I am delighted to be hosting Katherine Webb on my blog and the locations featured in her latest novel, the English Girl; 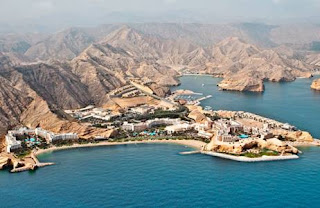 1)    The ancient city of Muscat, with its small harbour and the dry, baking rocks all around. This is the political centre of Oman, where the Sultan still has a palace and is careful not to let high rise development ruin the traditional look and feel of the city. By the water you can see the twin forts of Merani and Jalali, guarding the entrance to the city. Jalali used to be a prison of fearsome reputation, as my character, Joan, experiences first hand... 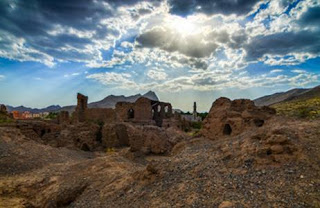 2)    The ruins of Tanuf, a village in the Jebel Mountains, home to one of the sheiks who led the uprising against the Sultan in the 1950s. It was bombed out by the RAF in 1955, but the villagers were warned in advance, so there were no casualties. The idea was to give the rebels nowhere to run to, nowhere to hide... But it didn't work very well - the mountains are riddled with caves, and they simply fell back to shelter in those instead. 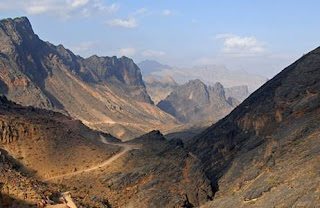 3)    Up on Jebel Akhdar - seriously unwelcoming terrain! And vast areas of it completely arid. The rebels who rose up in favour of the Imam, in opposition to the Sultan, knew these mountains like the backs of their hands, but for the British and Muscati soldiers trying to find and defeat them, it must have been incredibly hard going. They had to carry all their water with them, and sometimes used donkeys or mules. But, in many places, the going was too steep for the animals. 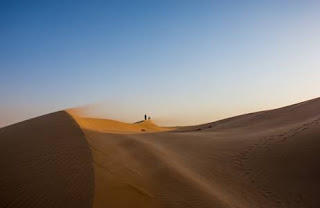 4)    The desert when the wind blows...truly magical. The sand moves like smoke, snaking rapidly across the ground. This was taken in Wahiba Sands, in the north not too far from Muscat. It was the first night of five consecutive nights I was to spend wild camping - ie, no toilets, no washing facilities, no campsites... I spent ages enjoying the dramatic feel of the wind and taking pictures before I realised I was completely caked in sand. And would remain so, for five days... 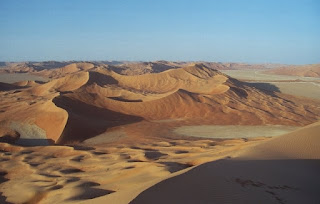 5)    In the dunes of The Empty Quarter, not far from the Saudi border. What can I say? More beautiful, harsh, alien and peaceful than anywhere else I've ever been. 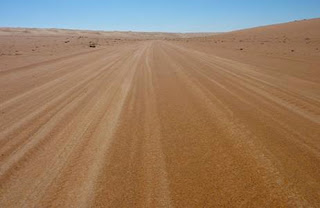 6)    Between the vast dune chains, a lot of The Empty Quarter looks like this. Very flat, very hot, and very, very dry. It must have been so dispiriting to cross on foot, or by camel, in the early years, with this view not changing for days on end!

The English Girl is available from 24 March 2016.
You can pre-order it now via Amazon online and Orion books.

Thank you to Sam Eades at Orion for inviting me to take part in the English Girl blog tour.