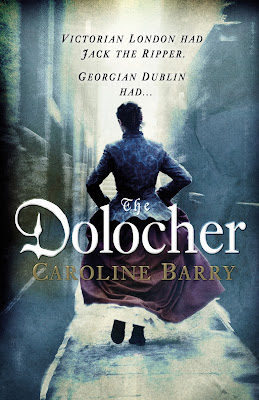 Back cover blurb: The Dolocher is stalking the alleyways of Dublin. Half man, half pig, this terrifying creature has unleashed panic on the streets. Can it really be the evil spirit of a murderer who has cheated the hangman's noose by taking his own life in his prison cell, depriving the mob of their rightful revenge? Or is there some other strange supernatural explanation? This terror has come at the perfect time for down-at-heel writer Solomon Fish. With his new broadsheet reporting ever more gruesome stories of the mysterious Dolocher, sales are growing daily and fuelling the city's fear. But when the Dolocher starts killing and Solomon himself is set upon, he realises that there's more to the story than he could ever have imagined. With the help of his fearless landlady, ship's surgeon-turned-apothecary Merriment O'Grady, Solomon goes after the Dolocher. Torn between reason and superstition, they must hold their nerve as everyone around them loses theirs. But are they hunting the Dolocher or is the Dolocher hunting them?

The Dolocher is a terrifying prospect to those living in Georgian Dublin.

Half man, half pig, the demonic creature has unleashed panic in the City following a spate of violent incidents.

When a notorious rapist and murderer escapes the hangmans noose after slitting his own throat, Dublin is in uproar.

And then Dolocher appears, so called because of the resemblance to the dead criminal - it is said to be his spirit, but not everyone is convinced of this.

Merriment O'Grady, local apothecary and former ships surgeon learns of the Dolocher through her new lodger, the beautiful and charming Solomon Fish. As a writer he is revelling in the terror that the Dolocher is creating.

But Merriment is among the sceptics, until Solomon himself is attacked...

Between them they decide that they must take on the Dolocher and keep the streets of Dublin safe.

But quickly they realise that the Dolocher is not a beast to be tamed. There is something behind the Dolocher that is even more sinister than anyone could have imagined.

Despite its content, the Dolocher is a beautifully written work of historical fiction with some truly wonderful characters and I really look forward to reading more from this author.

The Dolocher is available from 17 March 2016.
You can pre-order it now via Amazon online and Black & White Publishing. 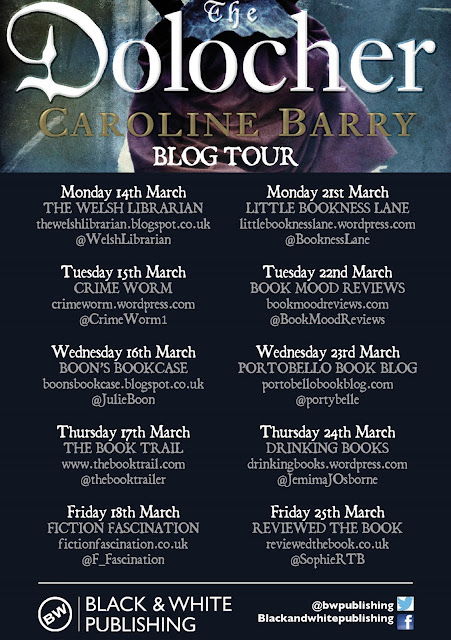 Thank you to Black & White Publishing for allowing me to review an advance copy of the Dolocher in exchange for an honest review.