[Blog Tour] Review - Anything For Her by G.J. Minnett 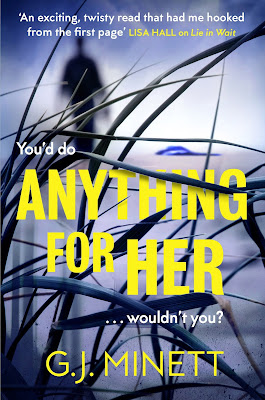 Back cover blurb: You'd do anything for the one that got away . . . wouldn't you? When Billy Orr returns home to spend time with his dying sister, he bumps into his ex-girlfriend Aimi, the love of his life. He might not have seen her in eleven years, but Billy's never forgotten her. He'd do anything for her then, and he'd do anything for her now. When Aimi tells him that she wants to escape her abusive husband, Billy agrees to help her fake her own death. But is she still the Aimi that Billy remembers from all those years ago? Once Aimi disappears, Billy has to face the possibility that perhaps she had different reasons for disappearing - reasons that might be more dangerous than she's led him to believe . . . Sometimes trusting the one you love is the wrong thing to do.


Billy Orr has had a troubled start in life, his parents committed suicide when he was just thirteen after his mother’s ALS became progressively worse.

But over a decade on and he is a successful London website developer running a business with friends. His only reason for returning to his home town is his sister Mia.

When Mia calls Billy and asks him to come over as she’s sick, he fears the worst. Mia doesn’t have ALS, her prognosis sadly is even more devastating.

Billy does his best to be there for his older Sister, after all she has always been there for him. Even accompanying her to the local supermarket where he bumps into an old girlfriend Aimi.

Aimi was Billy’s first true love before her parents split and she had to move away leaving him heartbroken.

Billy tells himself that he’s moved on but he knows that if Aimi asked him he’d do anything for her.

So when she texts him and asks to meet, he jumps at the chance. Once she asks for his help Billy finds it hard to refuse. But realises it doesn’t matter what she asks him because he’ll do anything for her....

Anything For Her is available now via Amazon online and all good book shops.

Thank You to the publishers who approved my request via netgalley and invited me to take part in the official blog tour in exchange for an honest review. 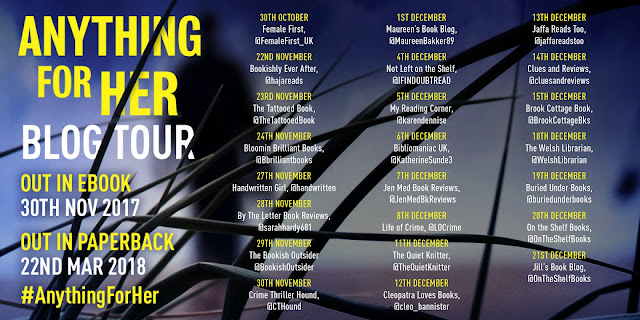