Review - The confessions of Frannie Langton by Sara Collins 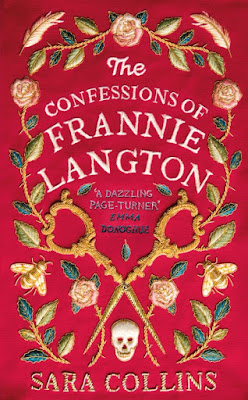 The confessions of Frannie Langton by Sara Collins
Publisher: Viking books
Release date: 4 April 2019
Back cover blurb: 'They say I must be put to death for what happened to Madame, and they want me to confess. But how can I confess what I don't believe I've done?' 1826, and all of London is in a frenzy. Crowds gather at the gates of the Old Bailey to watch as Frannie Langton, maid to Mr and Mrs Benham, goes on trial for their murder. The testimonies against her are damning - slave, whore, seductress. And they may be the truth. But they are not the whole truth. For the first time Frannie must tell her story. It begins with a girl learning to read on a plantation in Jamaica, and it ends in a grand house in London, where a beautiful woman waits to be freed. But through her fevered confessions, one burning question haunts Frannie Langton: could she have murdered the only person she ever loved? A beautiful and haunting tale about one woman's fight to tell her story, The Confessions of Frannie Langton leads you through laudanum-laced dressing rooms and dark-as-night back alleys, into the enthralling heart of Georgian London.

When I was offered the opportunity to read The confessions of Frannie Langton, I jumped at the chance, I am a huge fan of historical fiction, and the synopsis of this novel really captured my attention.

Frances (Frannie) Langton was born on a plantation in Jamaica, known as 'Paradise', fast forward to April 1826 and she is in London, or more precisely in the dock of the Old Bailey, on trial for an almost unspeakable crime; Murder.

Frannie is a mulatto, a “house girl” of unknown or uncertain parentage, the house she resides in is known as “Paradise”, but it is anything but. Frannie is essentially a slave, when the slave trade has been banned. But Jamaica hasn’t exactly set its slaves free and Frannie is trapped in a world of cruel experimentation and brutality.

Were it not for her Master allowing her to be educated, Frannie would be miserable.

In time Frannie’s Master, John Langton, takes Frannie to  London to be gifted to the Benham family as a maid. But Mrs Benham takes an immediate liking to this unusually educated young woman and insists on having her as her own lady’s maid.

A decision that will have fatal consequences for all involved.

But did Frannie commit the murders that she is accused of, or is she just another working class scapegoat for a crime committed by those of privileged means?

The confessions of Frannie Langton is a fascinating insight into the early nineteenth century, and society’s perception and treatment of both women and slaves, in a time when slavery was supposedly abolished.

A beautifully written, yet tragic and at times harrowing novel, a must read.

The confessions of Frannie Langton is available now via Amazon online and all good book shops.

I am delighted to be hosting this review as part of LoveReading's Ambassador Book Buzz; 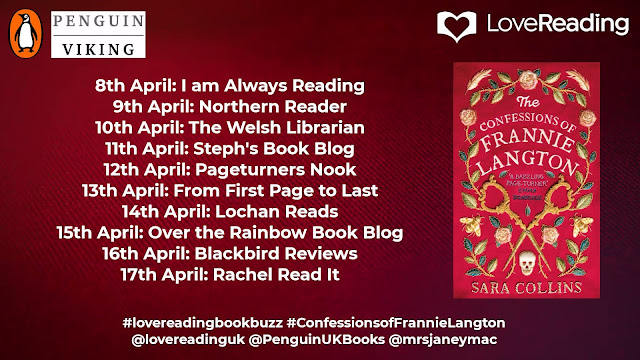 Thank You to lovereading.co.uk and the publishers who sent me a copy of this novel in exchange for an honest review.