Review - The Evidence Against You by Gillian McAllister 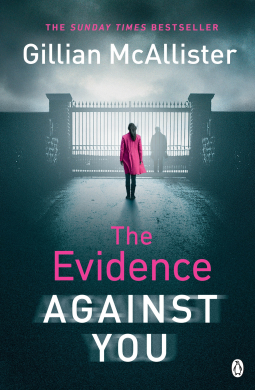 The Evidence Against You by Gillian McAllister
Publisher: Michael Joseph
Release date: 18 April 2019
Back cover blurb: It’s the day Izzy's father will be released from jail. She has every reason to feel conflicted - he's the man who gave her a childhood filled with happy memories. But he has also just served seventeen years for the murder of her mother. Now, Izzy's father sends her a letter. He wants to talk, to defend himself against each piece of evidence from his trial. But should she give him the benefit of the doubt?  Or is her father guilty as charged, and luring her into a trap?

Gabe English is about to be released from prison.

Part of her believes that she should be glad her Father is being released from jail. The other part knows that she cannot forgive him for what he did and should be hoping for him to stay and rot in jail.

For Gabe was convicted of killing Izzy’s mother Alexandra in the most brutal way. Izzy has largely avoided the finer detail, wanting to not get in too deep to something that she can barely bring herself to think or talk about, even after all these years.

Gabe sends Izzy a letter protesting his innocence, which Izzy wants to ignore. But then on the evening of his release he turns up outside the restaurant that Izzy’s Mother owned where Izzy has taken over, and Izzy feels compelled to speak to him against her better judgement.

Gabe wants Izzy’s help in proving his innocence. Izzy isn’t certain that her father is not guilty, but realises that the case has always seemed a little off, like maybe some details were missing. Despite her better judgement she reluctantly begins looking into the night her Mother disappeared and the subsequent events leading up to her death.

Throughout this novel we are questioning the same things as Izzy, feeling her scepticism, naivety and self doubt. Her relationship with her a Father is as expected, though sometimes her naivety can be a little grating.

As for the novels conclusion ...well let’s just say I didn’t see it coming.

The Evidence Against You is available from 18 April 2019.
You can pre-order it now via Amazon online and all good book shops.