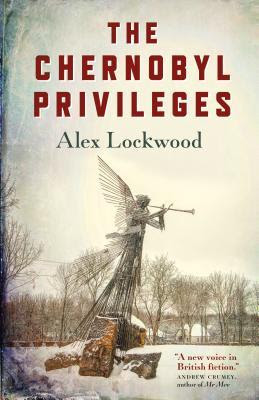 The Chernobyl Privileges by Alex Lockwood

Rating: What is the half-life of a secret? Arriving at midlife with a string of failed jobs behind him, Anthony Fahey knows he's lucky to be given a last chance as a radiation monitor at Her Majesty's Naval Base Clyde, where Britain's Trident nuclear weapons are kept. Already struggling to keep his marriage together after the death of his wife's father,Anthony finds himself at the centre of an emergency when an accident on a Trident submarine throws the base into crisis. But as the situation worsens old memories and buried secrets from his childhood reach into the present, and Anthony begins to understand that it isn't only radiation that has a half-life. Inspired by real events, The Chernobyl Privileges is a searing psychological drama that depicts the traumatic experience of surviving disaster. Both heart-warming and tragic, it explores the consequences of decisions we are forced to make and that shape our lives.

The Chernobyl Privileges may seem like an odd title for a novel inspired by the devastating nuclear disaster of the 1980s in Chernobyl. But then, this is by no means an ordinary novel.

Set in the present day, Anthony Fahey is lucky to be working at Her Majesty's Naval Base Clyde, where Britain's Trident nuclear weapons are kept. His expertise is valued over his complicated personal life and chequered employment history.

Anthony's life begins to unravel, following an incident at the naval base. For obvious reasons, due to the nature of the work, he is unable to talk to his wife about the incident, but their marriage is already rocky following the death of her Father, and Anthony having to behave in a secretive manner is not helping.

Anthony also believes that he knows better, and is more concerned about the incident than his superiors, so begins to challenge and defy orders, landing him in hot water on more than one occasion.

No matter how much Anthony wants to believe that he is not defined by his past, it is inescapable, and influences all he does.

Back in 1986 Anatolii was just a child living in Ukraine when the nuclear incident took place in Chernobyl. First hand he witnessed the impact of the fallout on the first responders, including his Father.

Anatolii didn't much want to leave Ukraine, but he wasn't given a choice, and was enforced into a new life in the UK, and a new identity 'Anthony Fahey'.  Anthony believes that he can make a difference in his profession, and prevent something like Chernobyl happening again, but he does not understand that you cannot act against the government.

Several chapters are interspersed with letters from Anatolii/Anthony's sister, and these are where we really get a first hand view of how those still living in Chernobyl have been affected. This is a very thought provoking novel, for those on both sides of the nuclear weapon/energy argument, and a highly recommended read.

The Chernobyl Privileges is available now via Amazon online and all good book shops.

Thank You to lovereading.co.uk who sent me a copy of this novel in exchange for an honest review.
Newer Post Older Post Home