Review - I made a mistake - Jane Corry 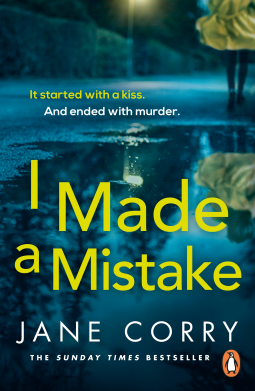 I Made A Mistake by Jane Corry
Publisher: Penguin
Release date: 28 May 2020

Back cover blurb: In Poppy Page's mind, there are two types of women in this world: those who are faithful to their husbands, and those who are not. Until now, Poppy has never questioned which she was. But when handsome, charming Matthew Gordon walks back into her life after almost two decades, that changes. Poppy makes a single mistake - and that mistake will be far more dangerous than she could imagine.Someone is going to pay for it with their life . . .


Poppy Page is a successful businesswoman, who is living a charmed life, until Matthew Gordon reenters it and threatens to turn it upside down

Matthew Gordon is a blast from her past. A man who knows her better than her own husband, but a man who broke her heart.

After a chance meeting with him, Poppy is once again drawn to his charms, although she knows that she shouldn't be, and has everything to lose should she do something reckless.

Betty, Poppy's Mother In Law is looking to redeem herself that happened a long time ago, could interfering in her Daughter In Law's complex problems really be the answer?